How Thousands are Learning Music Production

We reviewed BTV Solo to see if it really is the quickest and easiest way to start producing your own music. Have you ever wanted to become a music producer? Can you imagine having a studio in your home where you make the kind of music your friends can't wait for you to share?

But you look at some of the equipment and think "I don't have the time for this. I don't even know how to use this stuff."

It's frustrating because another passion you've always wanted to take up just sits on the shelf. We've all been there and wanted to make real music. Maybe lay a drum and bass line to our guitar? Or bring a band to back up our vocals? Maybe you're looking to become the next Deadmau5? Either way you need a software that you can afford and understand, and we're here to test the BTV Solo to find out if it is exactly what you need.

BTV Solo is a stand-alone application that originally came with the Beat Thang Virtual. It is made for musicians who want to add beats and hooks to their songs. The program works with a DAW (digital audio workstation) as a VST or as an AU plug-in. The application offers amazing features to musicians including the ability to create full songs.

With the BTV Solo application, you can arrange beats quicker, customize beats, and even share it. All of the music included in the beat making software is 100 percent royalty free including its massive sound library. Other features offered include 50 premium drum and percussion kits, 1000 samples, and a simple interface. All of this comes from musicians at BKE, LLC.

BKE, LLC also known as Beat Kangz Electronics is the creator of BTV Solo. BKE consists of independent music producers, songwriters, musicians, and engineers that embrace and love hip-hop music. In fact, nearly everyone at BKE is proud to say they were born out of the hip-hop culture. That might sound dramatic to some, but other musicians will understand that music isn't just something BKE does, but is part of who they are.

The company is based in Nashville, Tennessee, and strives to develop powerful, user-friendly tools that inspire instrumental creativeness. Most users of this software are in the hip-hop, pop, or rap genres. But, there really is no limitation on who can and can't benefit from better beats. More than anything, the creators of BKE and BTV Solo want musicians to have access to affordable tools that will help them be successful in the music industry.

One of BKE's biggest goals is to make their beat making software affordable. To do this, they created a basic program for musicians. When compared to other products such as Logic Pro X and Magix Music Maker Premium, BTV Solo is very affordable. In fact, it costs less than half of some similar programs and less than one-third of others.

However, in attempts to keep the cost low, the program is missing some features that experienced beat makers may miss dearly. It's not the cheapest software music programmer either, though. BTV Solo is still more expensive than bargain priced programs like Dr Drums and Sonic Producer. But the cheaper programs offer even fewer features and require expensive upgrades to do what the BTV Solo program comes with as standard.

But, the best part about BTV Solo is it's a program you can add on to, which means you can upgrade your initial application for an added cost. Although BTV Solo is budget-friendly software, it doesn't mean that you're just going to be able to create basic beats. In fact, you can do many of the things you can do in more expensive programs, but without all the bells and whistles.

It's important to point out what the BTV Solo software is and isn't capable of in order to gauge whether a customer will be happy with it. The last thing BKE wants is for people to think their software is a scam. In fact, it's totally legit; you just have to know what to expect.

If the limitations of the software inhibit your ability to make the beats you want - then it won't work for you. But, if it doesn't, it's a great low-cost option. Below, is our BTV Solo review that goes over the pros and cons associated with this music software to help you get a better feel for it.

What People are Saying About BTV Solo and Company Accreditations

When it comes to professional reviews and references, you'll be glad to see some of the biggest names in hip-hop production love BTV Solo. In fact, Teddy Riley, Jermaine Dupri, Drumma Boy, and Tricky Stewart have more than a few things in common. Each is well-known, highly sought after music producer in the hip-hop genre and all endorse the program.

However, BKE doesn't count on just its famous customers for reviews or endorsements. The company also includes non-famous musicians reviews too. One of the most common reviews left by customers is that the program does what it claims to do - helps to create awesome beats with little effort. Reviewers have also been impressed with the beats per minute features associated with the program and its range of beats. Overall, most people are happy with the program and would recommend it to their friends. 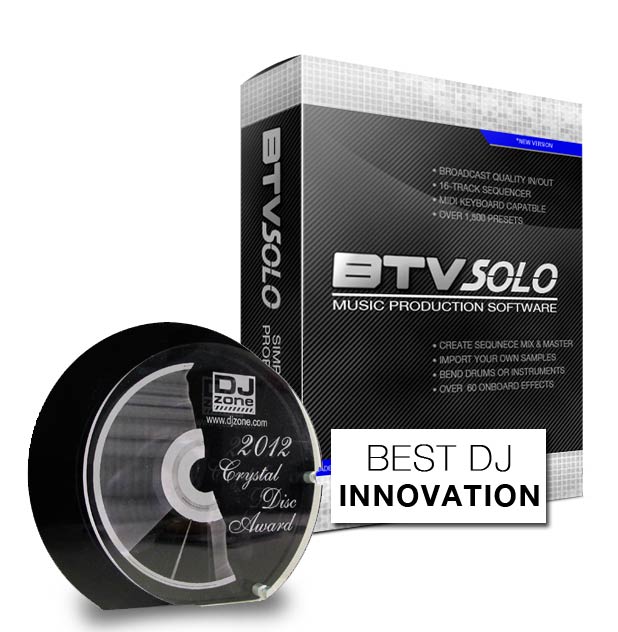 BKE, LLC is also an accredited business with the BBB. The company maintains an A+ average and responds to all inquiries or complaints in a timely fashion. One of the main ways the company can keep a high rating and customer satisfaction is their money back guarantee, which only requires a single email to put into motion.

Now that we've gone over what the BTV Solo software is, who created it, and what its pros and cons are, it's time to get down to the final verdict.

Overall, we can say it's worthwhile music production software and not a scam. It requires a cheap, initial investment, and then upgrades can be added if or when you want. The most important aspect of deciding whether to purchase this software or not is understanding what it is. More specifically, what the program will and won't offer you.

If you're expecting a ton of bells and whistles, it's not for you. If you want a simple to use beat maker software, it's absolutely what you need. Lastly, the 60-day 100 percent guarantee offered by BKE, LLC makes it a no risk purchase. You can buy it, try it, keep it or get your money back if you're not satisfied. Since there's essentially no risk, but lots to gain if it works for you, there's no reason not to invest in BTV Solo today.

DO NOT BUY UNTIL YOU WATCH THIS VIDEO...

Since there's essentially no risk, but lots to gain if it works for you, there's no reason not to invest in BTV Solo today.

VST/AU plug-in only offered at an upgraded price 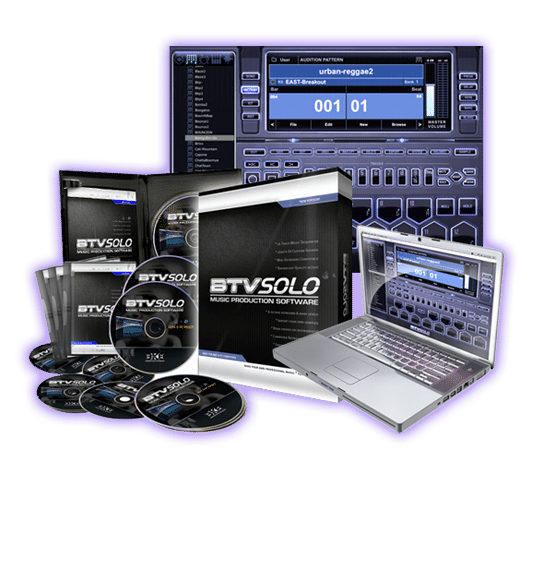 Why not take advantage of their guarantee and give BTV Solo a shot.