Why Classical Guitar Is Best 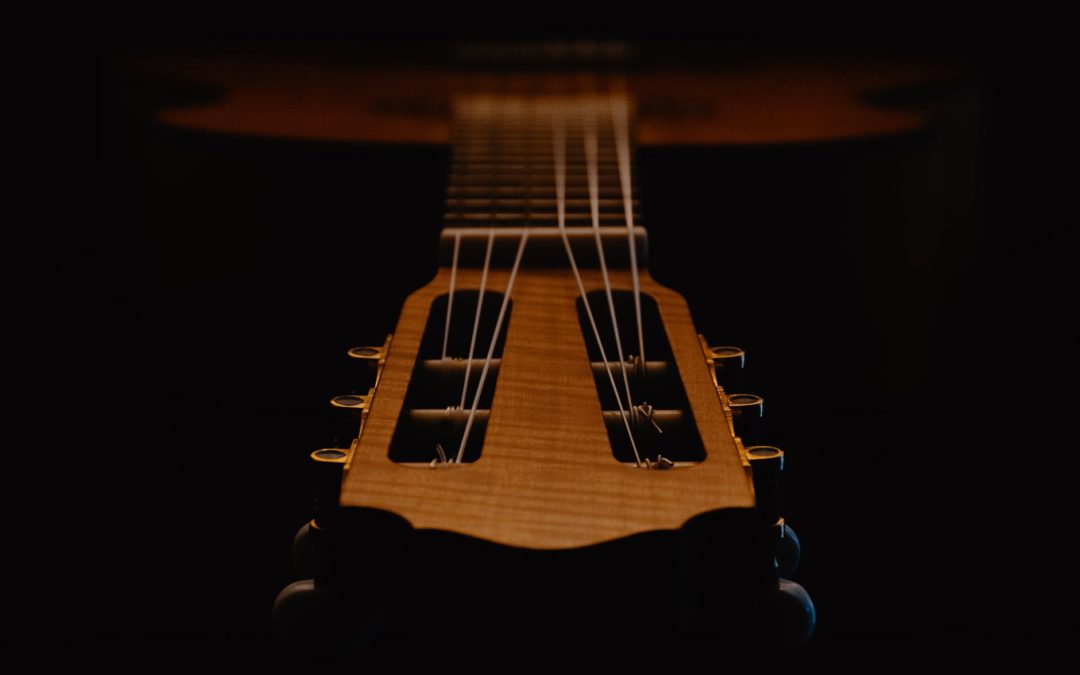 Chances are, either way, that you’re interested in learning about classical guitar and why it might be an excellent choice for you to learn and play.

Learning or playing a new instrument can be so wholly fulfilling because it offers you a personal outlet to just exist in the moment.

There are plenty of other reasons to choose classical first over others like acoustic guitars, but you be the judge of that.

Understanding the Differences Between Acoustic and Classical Guitars

There are several differences between acoustic and classical guitars, although many people sometimes think that they’re the same thing. The truth is that although both are acoustic instruments, they’re very different – you just need to know what you’re looking at to tell the difference.

The Way They Sound 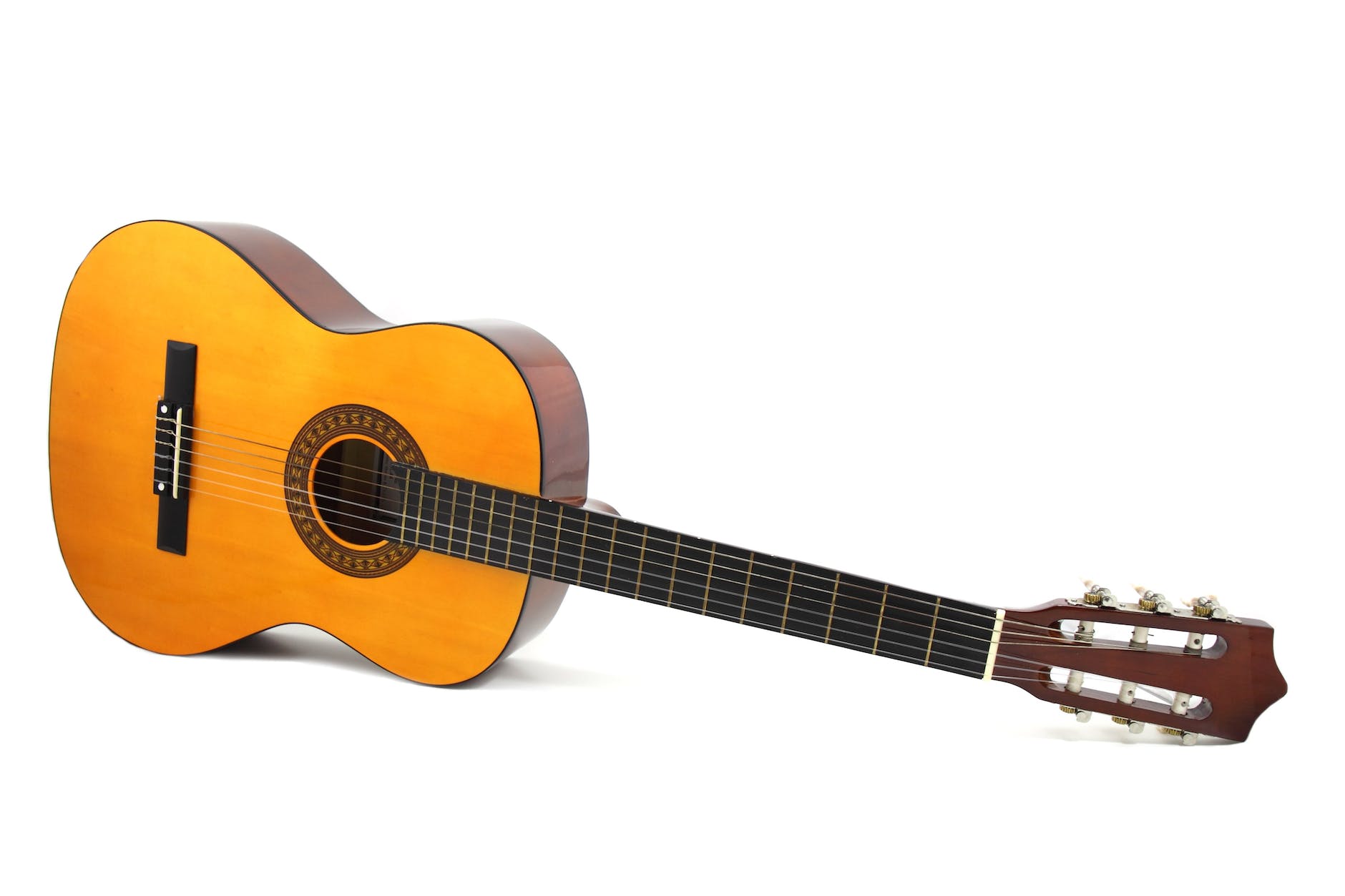 Classical guitars are the reigning sound when it comes to music from musicians like the Gypsy Kings. If you’re not sure who they are, then think about Spanish or Flamenco music sounds like and you’ll be able to imagine what a classical guitar sounds like.

Consider putting that sound into a piece like “Hotel California” by the Eagles. It would probably sound off, wouldn’t it? The reason is because the guitars used in that song are acoustic guitars, not classical guitars.

More often than not, though, guitarists will usually begin playing guitar on a classical guitar and will eventually move to an acoustic. 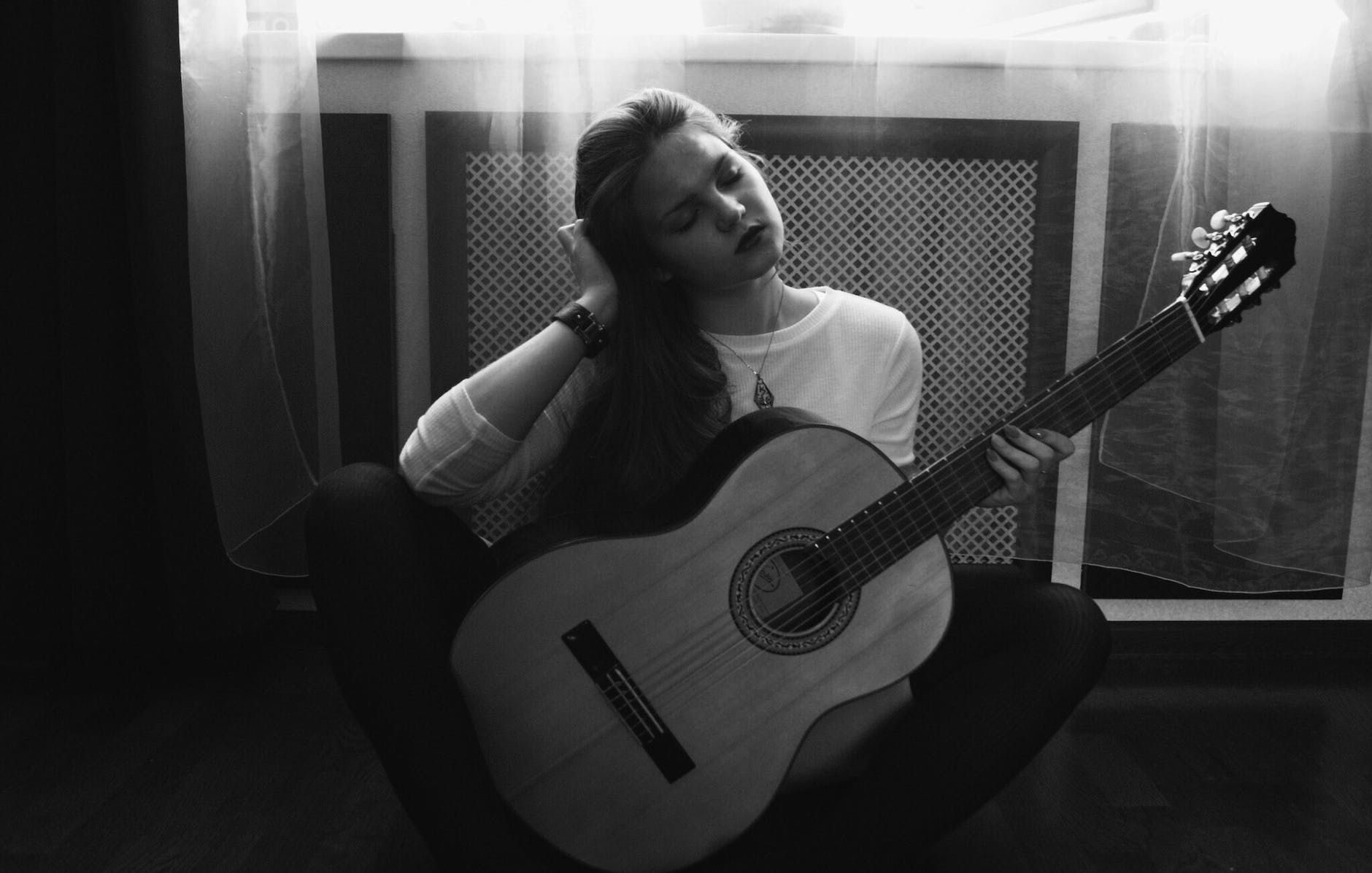 All guitars use strings, but not all strings are created equal among all guitars. Is that confusing enough for you? It can be if you’re new to the guitar scene.

Classical guitars use nylon strings as opposed to acoustic guitars that use steel strings. The sound produced by the two different strings is markedly different.

Nylon strings have a soft, mellow sound that is associated with the romance of Spanish guitar music. They are also more comfortable for beginners to play compared to steel strings. The thicker strings feel better on your fingers.

Steel strings have a brighter sound that has a distinct twang to them. Steel strings also tend to last longer but can be more uncomfortable to play. If you were to look at steel strings, you’d notice that they’re thinner than nylon strings which can feel sharp on your fingers.

The Price of Music 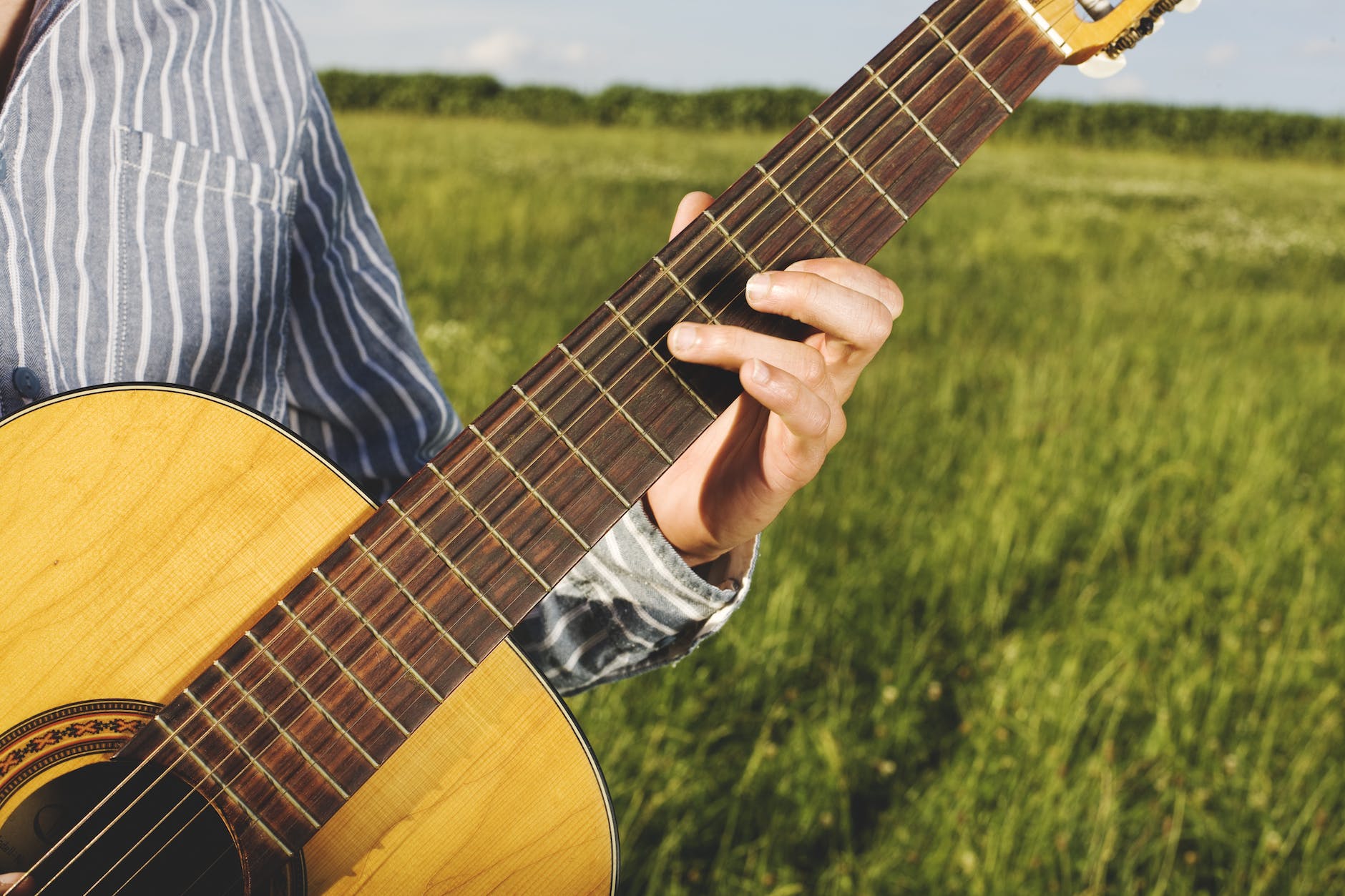 If you’ve decided to add a guitar to your musical talent repertoire, you already know you’re going to need to spend some money, but the question is, how much?

String replacement is another cost to consider. Steel strings cost more than nylon strings, but nylon strings wear out faster. 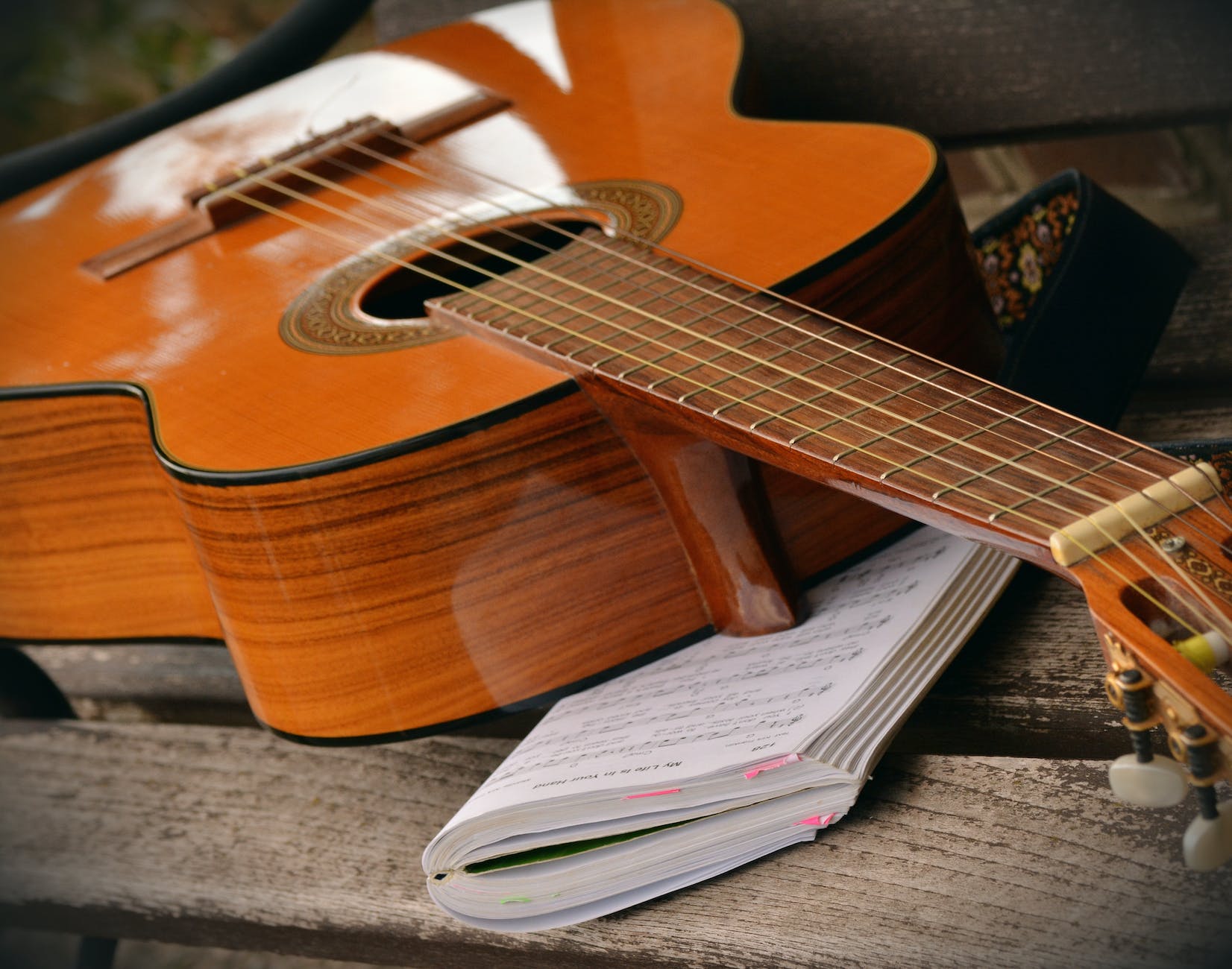 The shapes between the acoustic and the classical guitars are also quite different if you were to compare them side by side.

Classical guitars tend to have a predominant figure-eight shape that is very round on both top and bottom. You may also not have access to the highest frets you would be able to get to on an acoustic guitar because classical guitars join the neck and body at the 12th fret while acoustics join at the 14th fret.

Acoustic guitars have a flatter top and bottom with a dreadnought guitar shape that is meant to provide a richer and louder sound. You also have a greater range due to the frets you can reach on an acoustic.

Classical guitars are also smaller in size along with a wider fingerboard. Due to the construction, these guitars also have the strings spread wider apart. The design makes classical guitars much more natural to hold and handle for many, but if you have small hands, you might have some difficulty.

The Best Guitar for Beginners 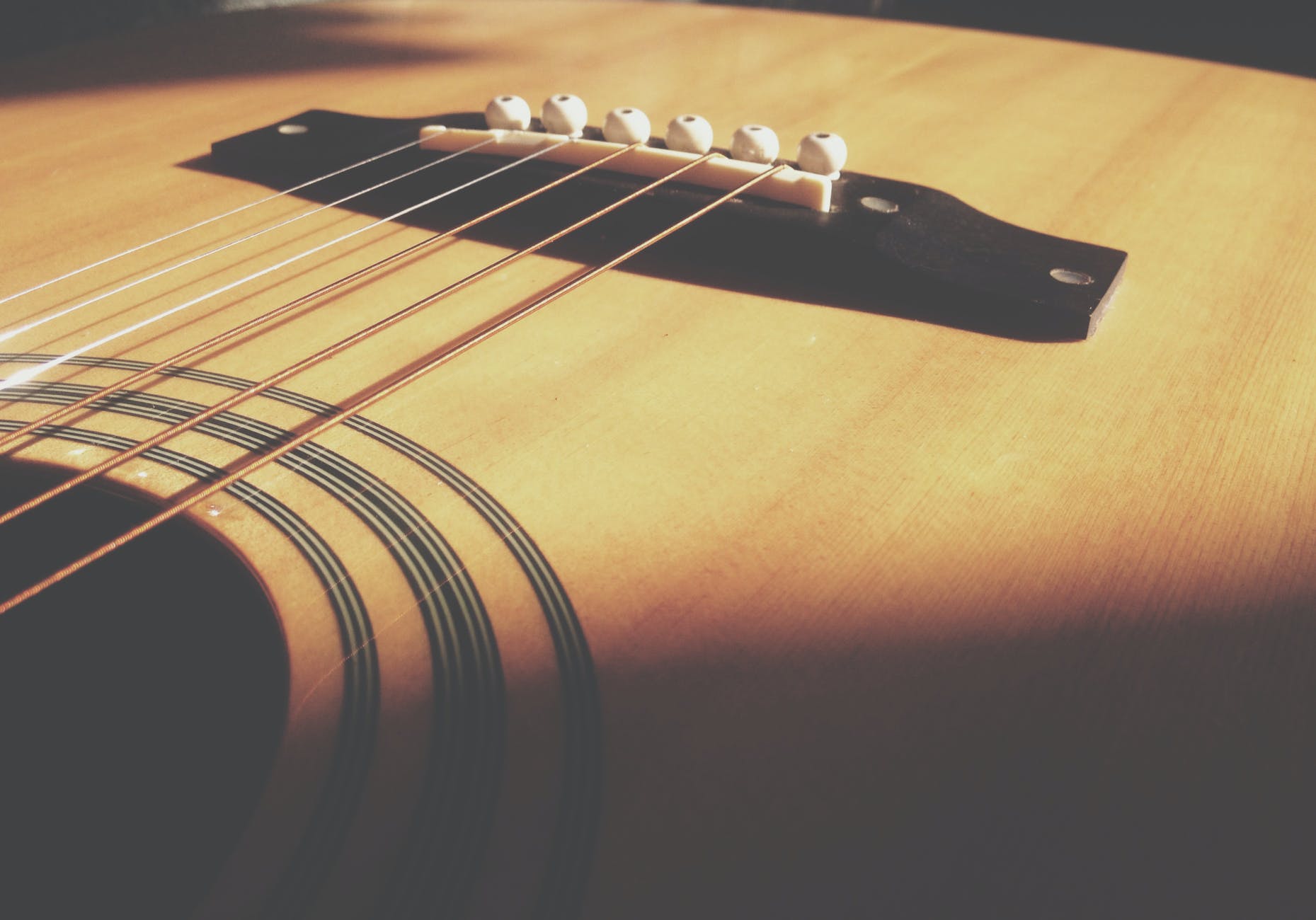 When you start learning to play the guitar, realize that there is a reasonable amount of work involved. Having the best guitar that matches your ability is going to give you a foundation for success.

Believe it or not, the guitar can be the problem when you’re struggling as a beginner. That’s why you need to choose correctly.

Nylon strings, as mentioned earlier, are going to be more comfortable on your fingers while you begin to play. This is especially true for children that are just starting to learn to play as well.

At the same time, steel string acoustic guitars can be used in more types of music. If you want to be able to play along with your favorite tunes, you’re probably going prefer an acoustic sound.

If you choose to go with a classical guitar, remember that to play them, you’re going to be using your fingers as opposed to a guitar pick. Steel acoustics use a guitar pick, not classicals. 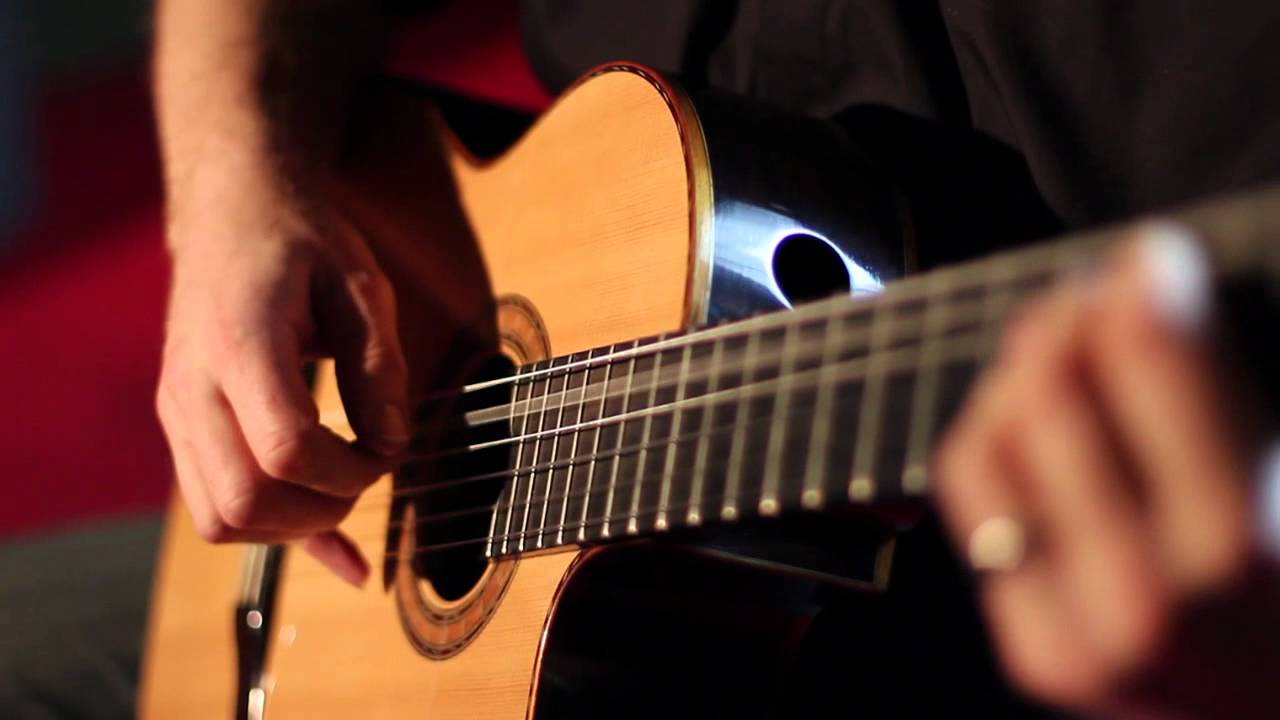 Of course, when you make a decision about which guitar you’re going to buy for yourself, you’re going to want to consider what type of music will be played along with the size and age of the student.

Most students also learn reasonably well on nylon because they are comfortable to use. It’s not uncommon to hear a complaint about fingers hurting on a steel string acoustic or on an electric guitar. Not only is it because of the sharpness of the strings, but it is also because of the amount of pressure you need to apply to steel strings.

Did you know that the tension on steel strings can be twice as much as nylon strings on a classical guitar? It’s true. It also means that you’re going to have to press harder to get the same note.

A Few of Recommendations 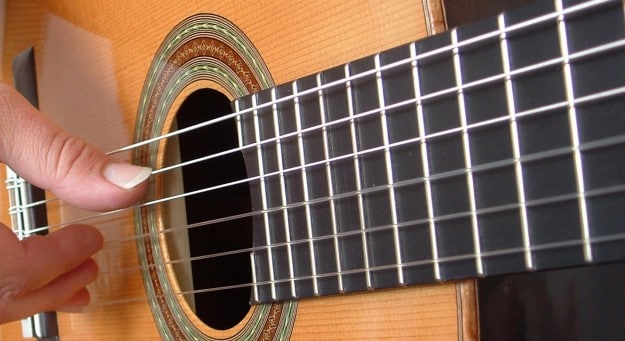 One of the best classical guitars for beginners is the Cordoba C3M. It is a full-sized classical guitar with a beautifully constructed top, back, and sides. The price tag on this classical guitar is reasonable, too. As an affordable option, this guitar can also be appealing to more advanced musicians.

Another good choice is the Merida Trajan T5 classical guitar. The price point is perfect for those that are budget-minded. It will last a long time and is an excellent choice for young beginners because they can take the wear and tear children will subject their instruments to.

If you’re willing to spend a bit more, then you’ll want to check out the Kremona Rose Morena classical guitar. It has a truly classic Flamenco sound that will make you feel like it came straight out of Andalusia, Spain. The guitar also projects very well and is made of traditional spruce and rosewood.

Top of the line instrument manufacturer Yamaha has a nylon-stringed classical guitar that you may enjoy as well. The NCX1200R is a beautiful instrument with a focused sound. What makes this stand out among other classicals is that it also as an electric component – an onboard preamp system. While unusual, this is a great choice for stage performers that want the classical sound but need an amp, too.

Making the Choice for Classical Guitars

Classical guitars have a beautiful, mellow, swoon-worthy sound. Often associated with romantic music, it’s no wonder why when you hear it.

These types of guitars are also the best when it comes to being a beginner because they’re less expensive, more comfortable to handle, and easier to learn on when compared to other models.