Experience the Power of Music Effects with Eventide Plugins 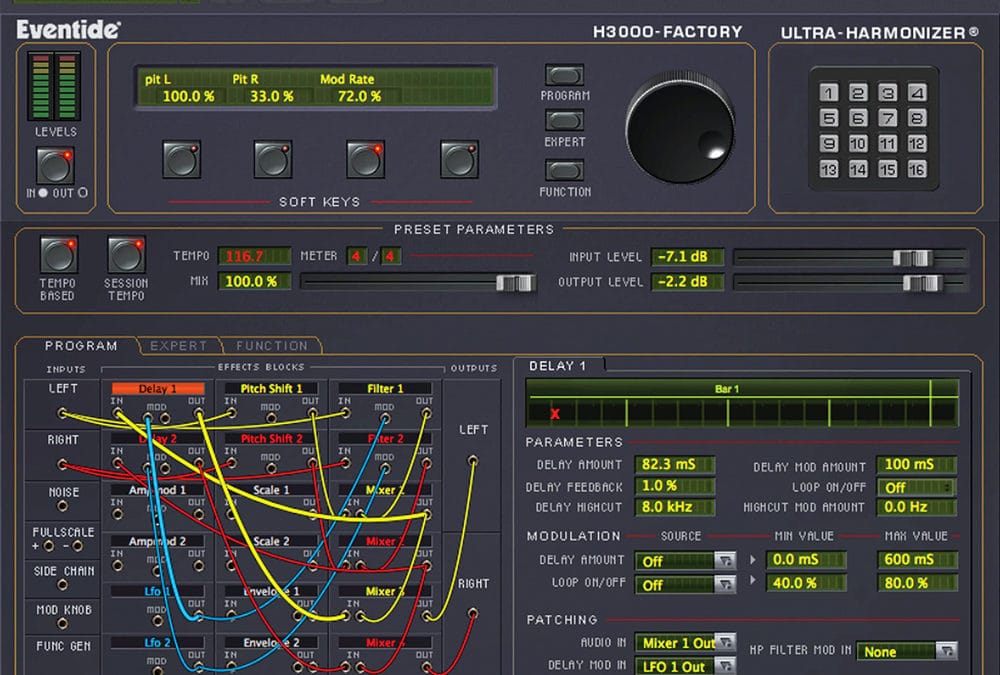 When Eventide launched their ground breaking and revolutionary EventideH300 Ultra Harmonizer in the late 1980’s, no one expected to able to have an Eventide H300 unit in their own bedroom (or basement studio). Enter the Eventide plugin line-up. Excellent quality music processing at a fraction of the cost of mainline studio productions. Jump nearly forty years into the future and Eventide is still making music – accessories at least. But are they still as good as they were when they started? Can the Eventide plugins truly replicate the superb performance of the hardware? I guess an Eventide plugins review is in order so as to settle the matter once and for all – Eventide H300 plugin VS hardware, which is better?

For those familiar with the original Eventide H300 hardware sets, the Eventide H300 Factory looks very familiar, if not the same as the original. The top third of the graphical user interface looks almost exactly like the front of the hardware unit. It has the same meters, 4 “Soft Keys,” the famous Big Knob, and a number pad (which is not functional in the native version except to give the plugin aesthetic continuity).

The middle third contains a set of global parameters — levels, mix amount, and tempo controls. The bottom third is where it gets complex. There are three pages to choose from, which deal with many of the same parameters in different ways – the Program page, the Expert page, and the Function page.

Well, at least one thing is certain – both the Eventide H3000 plugin and the hardware require a bit of a learning curve.

The processing options on the H3000 plugin include 2 each of Delay, Pitch Shift, Filter, Amplifier Mod, Scale, LFO and Envelope, and 4 Mixers. That’s 18 modules altogether with their incoming and outgoing audio signals routed using color-coded patch cords or the Program parameters.

Even though there are those who like programming their own plugins, programming an H3000 from scratch can be quite a task – I wouldn’t advise you to try it. Fortunately you don’t have to as it has as many as 464 presets included, a few of them being replica patches from the original H3000 hardware unit. I’m sure they will suffice for all your processing needs, and more.

Unfortunately though, the H3000 plugin has its limitations – it has no true phasers, flangers, reverbs, etc – frpm what I hear from the die hard users of the H3000 hardware unit. For most users though, this is something you may or may not notice depending on the music style you’re working with.

Though the plugin also lacks some of the original algorithms (think Dual H910s, Crystal Echoes, and Watery Chorus to name a few) you need not despair as some of them have been recreated using the multi-faceted Factory algorithms. You’ll also get a lot of new special effect patches and plenty of sound mangling and filtering with the Eventide H3000 plugin that will console you on the lack of the original algorithms.

Now, one thing you should remember is that the eventide H3000 Ultra Harmonizer was, is, and probably will continue to be one of the greatest multi-effects processors ever to grace the music industry. Beating it will be a tough mountain to climb, even by one of their own productions.

Just to be clear though, the Eventide H3000 Factory is not a full H3000 emulation so a head to head comparison wouldn’t actually be fair. But it is well worth putting them side by side and comparing their functionality all the same.

So how does the Eventide H3000 plugin fair against the Eventide H3000 Ultra Harmonizer? Very well if I may say. Especially if you consider the cost (and space) factor, but let’s put that aside and look at what really matters – performance.

The H3000 plugin has superb pitch-shifting, unsurprisingly so as the hardware unit is one of the best in this aspect of digital-alterations of pitch in music processing. When it comes to music processing, the H3000 plugin really pushes the envelop – enabling you to create pieces that you could only ever dream of before. This is the closest you can get to the hardware unit, and it really is very close. 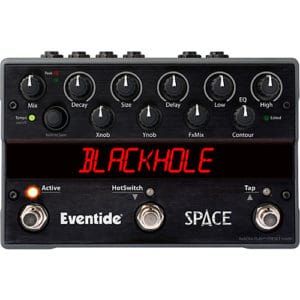 Not only is the H9 immaculately designed, it was also built to help you create classic and unique sounds that transcend what many other pedal boards can dare try and emulate. The H9 boasts of Eventide’s iconic reverb, chorus, delay, modulation, pitch-shifting and distortion effects. More than enough to give you the power you need to manipulate your music anyway you want to.

Looking for Plug and Play Simplicity? Eventide Plugins are the Answer

Whatever DAW you’re using to create your music, you can always enhance its capabilities with Eventide effects – this is plug and play in its true sense. You can do a whole not without having to tweak much with Eventide plugins, giving you more time to do what you do best – making great music.