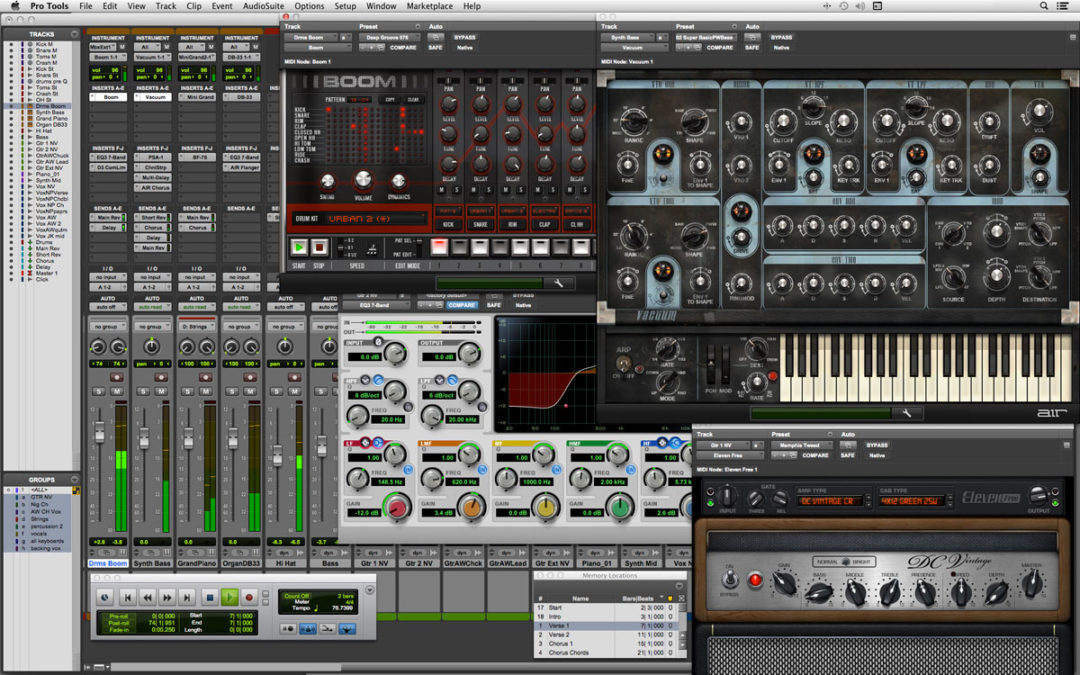 And as the name, says, Pro Tools is the DAW most professional engineers use, and that for very good reasons. This is not to say though, that you can’t use it in your home studio, you can – especially with the changes Pro Tools has made with its latest release. Spoiler alert: one of the changes is a free version of Pro Tools. But more about all this later, first things first.

Since its inception, Avid has had one thing on their mind – helping creatives channel their creativity efficiently. And with Pro Tools, they are doing just that. The major problem with music production has always been workflow, or rather, the lack of it. For a long time, producing a track was a start-stop process that stifled inspiration. And that is one pain point DAWs aim to eliminate, and Pro Tools works around this better than all other DAWs.

The only major drawback for home studio owners, however, was that the Pro Tools software was joined to the hip with hardware components that, frankly speaking, are quite expensive for the beginner. But all that, and a whole lot more changed with the latest version of Pro Tools.

For the artists who are still trying to make a mark (and rent), Pro Tools has made a major change to its marketing and distribution of the Pro Tools software in two major ways:

Among the other hot changes that Avid has made to its latest version of Pro Tools is the enablement of in-line editing and addition of audio manipulation features such as batch fades and “commit”. Commit takes hundreds of edits Pro Tools engineers make and bounces them to a clean audio track – saving you a lot of time on your projects.

On the not so very hot side of the Pro Tools “improvements” is the lack of native support for VST plug-ins and instruments which are used in every digital audio workstation outside of Pro Tools and Apple’s Logic. AAX versions of most popular VST instruments and effects are available but who wants the hassle of looking for third-party plug-ins that aren’t supported.

Overall the latest version really makes Pro Tools’ music stand out from the crowd as is evidenced by its track record of churning out hit after hit. And now those hits are not the privilege of big name studios alone. Simply download Pro Tools (even the free version to start you off) and you have the same opportunity to top the charts as any other big name professional engineer.

Pro Tools still comes in at a hefty price of  $699 for the standalone package, a lot for many for sure. Fortunately, it’s also available for a monthly rental of about $30. That’s not very cheap either, but at least it makes it easy to give it and try and work on big projects without breaking the bank, especially since it’s super easy to transfer your projects to Pro Tools for that professional touch. Go ahead go pro with Pro Tools.