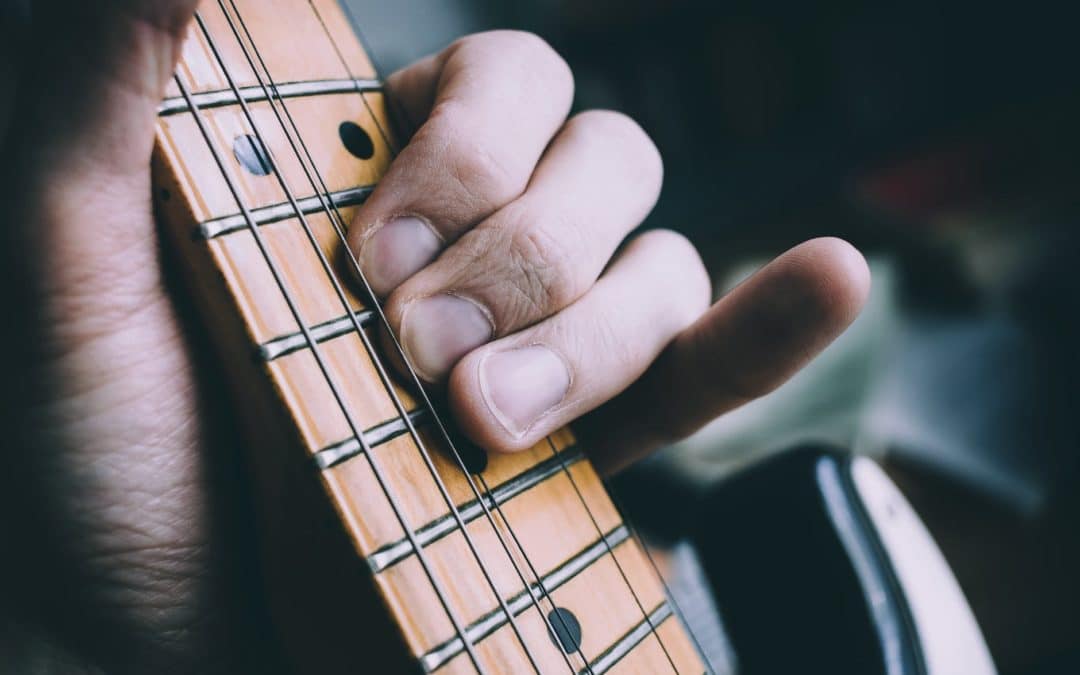 Paul Reed Smith Guitars, or PRS Guitars for short, has been around since 1985 and has been in the business of manufacturing quality guitars since the beginning.

PRS Guitars specializes in custom guitars, and more recently an affordable line of guitars that carry the PRS name and quality.

The company also manufactures guitar amplifiers in addition to their line of acoustic, bass, and electric guitars.

Given the number of products out on the market, how do you know which reviews are the best ones to follow? We’re going to present summaries for the best PRS Guitars reviews for a variety of their products to help you know who to trust. 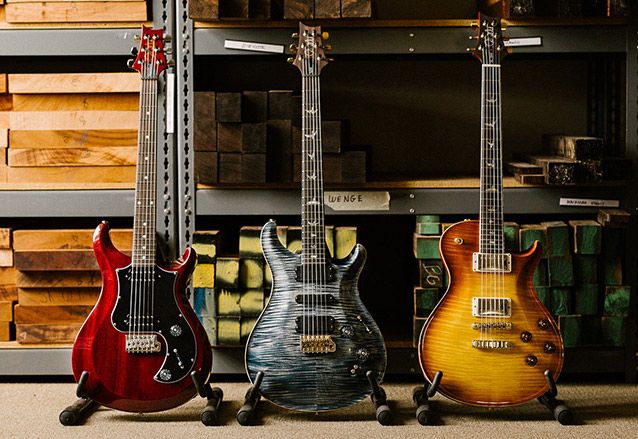 Guitar World had plenty to say about the Core models in the PRS guitar lineup. According to what they had to say was that “there are also more subtle details being announced, including the PRS Patented Gen III Tremolo and piezo model shake up.”

In short, the tremolo would be standard on all models that included the trem with the exception of the DGT. This addition meant improved functionality on the core models.

Other details that were improved included redesigned mounting screws, a larger head, all of which would further enhance the tonality and harmonics of the guitars.

Over on GuitarPlayer.com, another musician reviewed the PRS CE24 Bolt-On and had several positive things to say about the PRS guitar. According to the reviewer, the CE24 was first developed and produced in the late 1980s under the name “Classic Electric.”

The slimmer body and pickups have been modernized and are more versatile to bring to a gig for just about any performance.  The satin finish invites this guitar to be played and played again. According to the reviewer, this guitar could handle anything that was thrown at it. 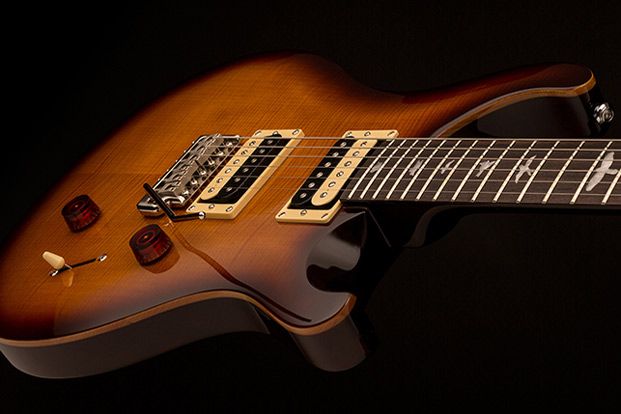 SE model guitars were introduced into the PRS Guitar line back in the early 2000s and are manufactured overseas in Korea. There are a variety of guitars in the SE line that include the SE245 and the Custom 24.

Guitar World reviewed the Maple Top SE models and came away with plenty to say about the SE model lineup. Not only is the headstock designed with the logo, but it also features Paul Reed Smith’s very own signature.

The PRS SE’s have been developed to include newly designed pickups. The pickups on the SE’s include several that were further modeled after the pickups that Paul Smith had initially designed for PRS’s 30th anniversary.

The SE Santana was updated with a full 24 frets and an improved electronics layout. Guitar World goes on to say that the “SE Series is a great way for players to break into the PRS brand and for PRS aficionados to expand their toolbox.”

Song Simian review several SE models to include the SE Tremonti, the SE Zach Myers, and the SE ST24. The Tremonti had a deeper tone and a warmth to it. The Zach Myers is lighter than most other guitars of a similar style and has a natural resonance. The ST24 has the expected craftsmanship of a PRS guitar and is comfortable to play upon arrival. 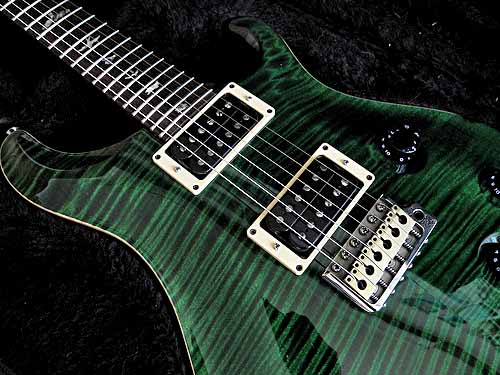 The S2 series was added to the PRS guitar line in 2013 and is built in Maryland. While still a more affordable option than many other guitars in PRS’s production line, it is also a well-performing instrument that you would enjoy adding to your collection.

The Song Simian reviewed several PRS guitars and had a great review that you should take some time to read. They say, “The S2 series reimagines the classic PRS design of the custom 24, giving it a new, more simplified aesthetic with an ergonomic design that’s easy to play.”

They go on to talk about the way the neck is built and the overall durability of the instrument. The overall view is that it has a classic sound that is not to be missed.

Kevin Johnson over at NoTreble.com reviewed the Grainger Basses that were added to the PRS Core line. The Grainger basses were modified to get a more universal feel for musicians, so they wouldn’t feel so specific to certain tones when being used.

Made in Maryland, the Grainger basses have pickups and volume controls that work as active/passive pickup switches. All of the specs are listed, so take a peak if you’re interested in finding out more about PRS’s bass guitars.

SE bass guitars are part of the SE line that was introduced in 2000 and includes the SE Kingfisher and SE Kestrel bass guitar models.

The Guitar Magazine reviews the PRS Kingfisher bass guitar and has plenty of positive things to say, too. Made in Korea, the Kingfisher is considered to be stylish with a classic bass guitar design. Although the body is flat, what will catch your eye is the overall appearance of the natural finish, the scarlet red, or the tortoiseshell. It is stunning.

A robust design, the Kingfisher feels solid in your hands and comfortable to play. Add the distinct sound that comes from striking the strings, and you’ll know you have a top performing bass guitar. The growl will cut right through the rest of the band quite nicely, all with excellent tonality.

In another review from BassPlayer.com, you’ll see more about both the Kingfisher and the Kestrel bass guitars. Similarly shaped to the Grainger basses, the Kestrel is reminiscent of the jazz bass in silhouette. It’s a beautiful guitar with a fantastic sound.

BassPlayer goes on to discuss the playing positions and their capabilities. They seem to love the fingerstyle for different playing positions along with the available versatility that comes from these bass guitars. The difference between the Kingfisher and the Kestrel on this front is the way the Kestrel positioning has a learning curve if you’ve been on other models.

Three of them are in what is called the Angelus style. They are the A20E, A40E, and A50E. The other three are in the Tonare Grande body style and are the TX20E, TX40E, and TX50E. AcousticGuitar.com reviewed both the TX20E and A50E.

PRS’s acoustic line is made in Asia and is all available for under $1,000. Both the A20E and TX20E have a warmer sound while the A40E and TX40E have a richer tone The A50E and TX50E both have a brighter sound compared to the other acoustic guitars in the PRS guitar line.

Upon reviewing the TX20E, AcousticGuitar.com stated that the instrument was “immensely playable across the entire fretboard. The guitar felt well balanced across the strings and up the neck, and the acoustic sound was also even with a distinct bias toward the upper midrange.”

They went on to say that the TX20E was fantastic in terms of the broad and dynamic range. The reverb sounded great, too, when an amplifier was plugged into the output jack at the bottom of the guitar.

The Angelus A50E, which was also reviewed by AcousticGuitar.com, has a different appearance that is a little flashier than the 20s or the 40s. Its black staining and internal structure make it quite striking, and like the others, it also has a comfortable feel upon playing.

In another review, also on AcousticGuitar.com, the A30E was also examined. The final verdict of the A30E was that just like the others, the guitar “has a clear and resonant voice, with plenty of overtones and sustain, that lends itself to all styles.”

The guitar has an asymmetric look to it and is much more unique than some of the other options within the PRS acoustic guitar lines. They do go on to say that while the guitar is well-built, some improvements could be made.

As an example, the reviewers over at AcousticGuitar.com feel as though the guitar feels somewhat thick and a slightly excessive buzz on the lower strings. Even still, the guitars themselves are versatile enough to be useful in bluesy tunes to jazz standards.

Also, if you were to plug it into an amplifier, the guitar performs beautifully with a natural sound that gives a lovely voice to your music. 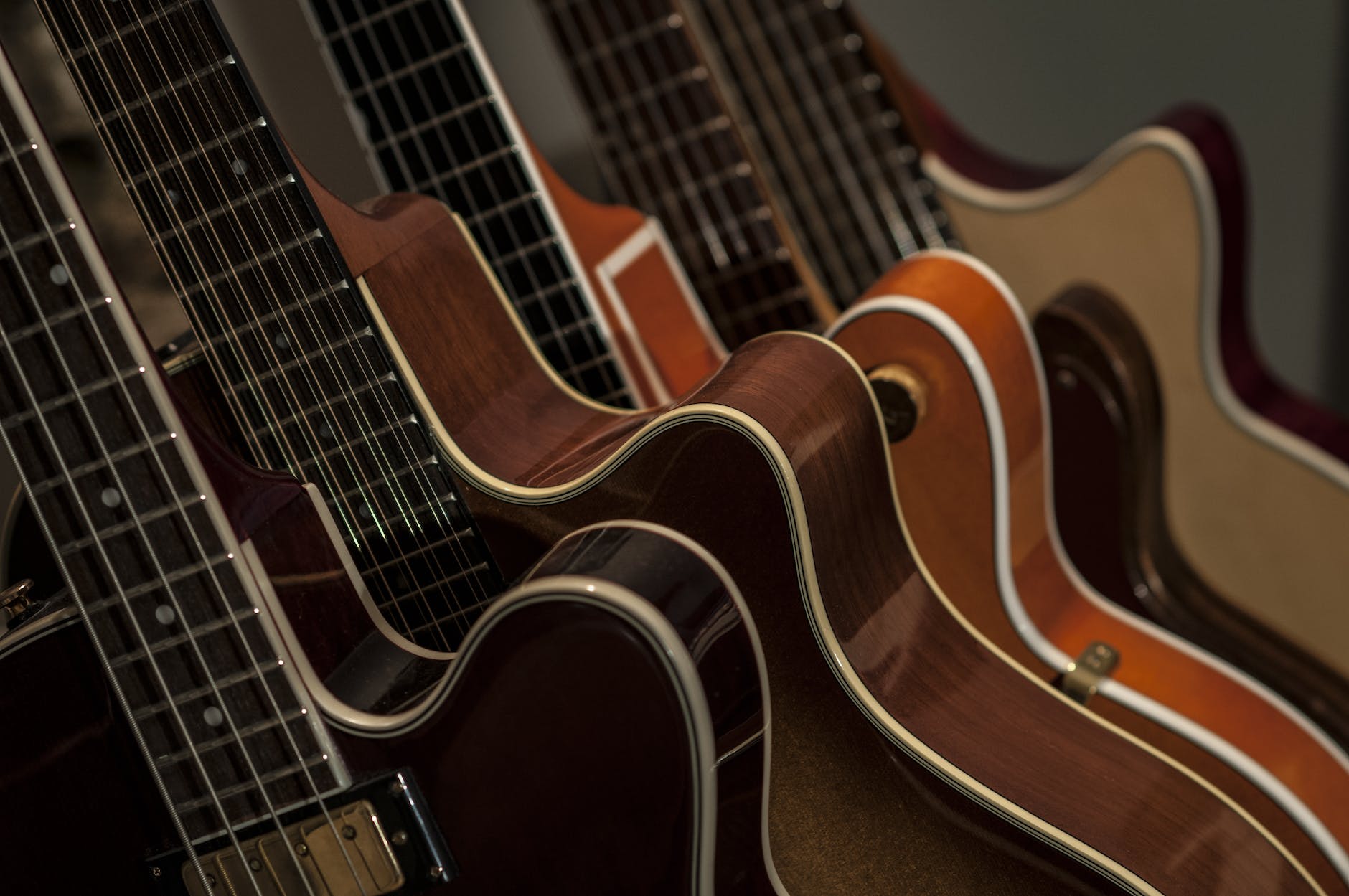 Each guitar is going to have subtle differences when you go through and compare PRS guitars against each other. This is especially notable because PRS guitars are constructed using similar techniques.

Really, the construction of the pickups is going to cause one of the more common variations. While most of them are meant for humbucker pickups, but the actual material used is different from model to model. Simply put, the more expensive guitars are going to have a better sound from the pickups, but then again, the best sound is in the ear of the beholder.

When you go to compare the bass guitars, you’re just comparing a few of them. The biggest factor to consider in the bass guitars going by the reviews we found is going to be playability. The Kingfisher feels better to play compared to the Kestrel, but either give a wonderful sound.

If you’re looking into an acoustic guitar, then your deciding factor needs to be the sound. If you want a softer, more mellow sound, then you’d be better off picking up an A20E or TX20E. If you want a brighter sound, then the A50E or TX0E is the best choice. 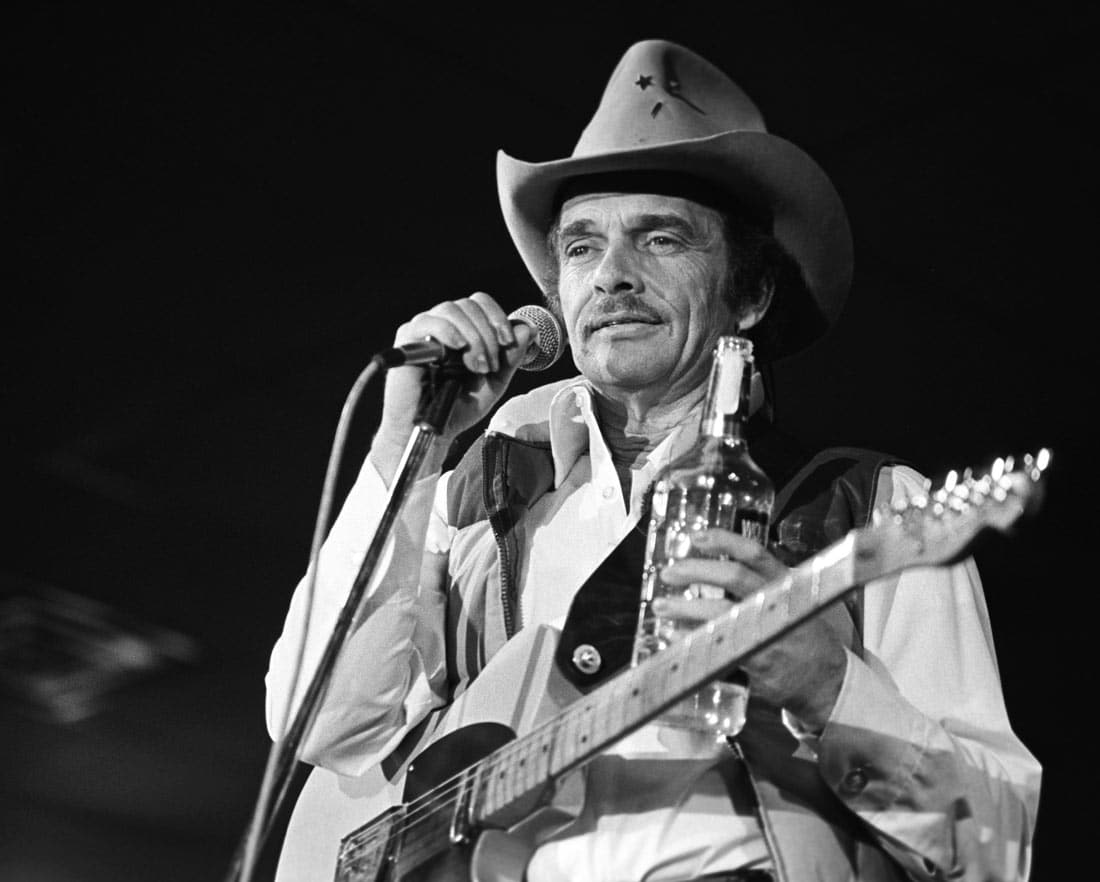 PRS has developed a reputation for quality instruments for a good reason. They have quality products across all of their platforms. Add the fact that they have guitars available for every budget, and you’re sure to find something you like.

If you want to be able to jam with your favorite music, then you might be better off going for a guitar that sounds like what you want to play. Acoustic guitars are great for music like Hotel California while electric guitars are better for playing a riff from Sweet Child O’ Mine.

Whatever you do, read the reviews that pertain to the guitar you’re interested in to help you make your final decision.