If you hang around a guitar shop, it won’t be long before someone starts talking about tone woods or expressing a preference for one kind of fretboard over another. There are a dizzying array of woods used in all of the different parts of a guitar and it can be hard to keep them all straight. In order to help, we’ve put together a guide that gives a run-down on what parts of a guitar are made of what, and how you can expect the choice of wood to affect your sound.

What Is Tonewood on a Guitar?

Tonewoods come in different varieties. They are sourced from different types of wood which all have tonal qualities. Each piece of wood produces a different sound or tones, making them a useful addition to an acoustic instrument such as a guitar.

In guitars, they are used either as laminate tops, solid body, necks or fretboards. The type of instrument would also matter as there are tonewoods that work better for acoustic guitars and there are those that are preferably for electrics. Check out this guide below to learn more about them.

Mahogany/Ebony – This is one of the most sought after pairings for neck and fretboard on both acoustic and electric guitars, especially for high-end instruments. A mahogany neck provides warmth while the ebony provides clarity with a fast attack. Higher grades of ebony will be purer black, which many people find to be attractive.
Mahogany/Rosewood – This is also an extremely popular pairing for both acoustics and electrics, in part because rosewood is much cheaper than ebony. The Mahogany neck again has warmth and resonance in the lower-mid range. The rosewood contributes pleasant highs and an appealing mid range that isn’t too punchy.
Maple – A one-piece solid maple neck and fretboard is a very bright sound with a strong attack, because of how dense the wood is. This is the classic Fender neck. In addition, maple can be highly figured in many different ways, which can make for some stunning fretboards.
Maple/Pau Ferro – A much less common combination, Pau Ferro adds a stronger balance in the lows and mid-lower range, and a little less attack than a one-piece maple neck and fretboard.
Maple/Rosewood – Adding rosewood to a maple neck adds some depth and warmth to the sharpness of the maple attack, helping to balance it out. This is a very common combination on Fender guitars.

Used mainly in Gibson’s futuristic electric guitar lines like the Flying V and Explorer. It has good balance between clarity, warmth, and sustain. 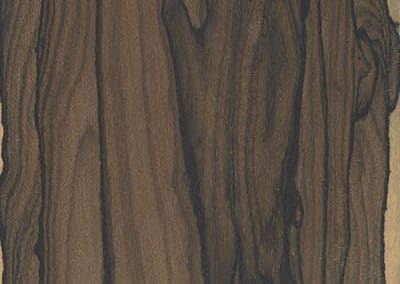 A great choice for 12-strings, ebony is a striking wood with the low note resonance of Brazilian Rosewood plus added mid-range power.

Produces a clean and deep tone while looking fantastic. 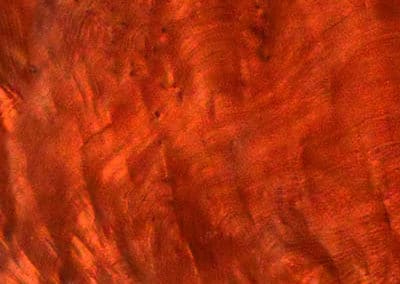 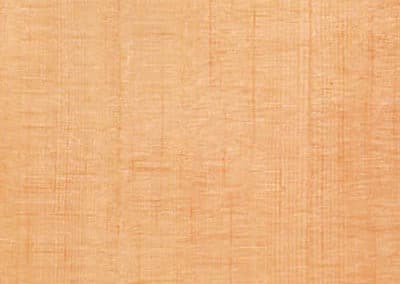 Because of its versatility, vibrancy, and sound transmission, this is one of the most popular top woods out there, though it is less common for the body of a guitar. 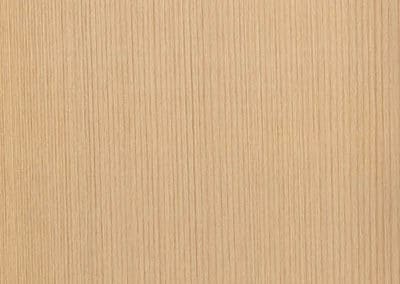 Balanced between richness and clarity, Red Cedar is great for fingerpicking, producing warmth and fullness that responds well to a light touch. 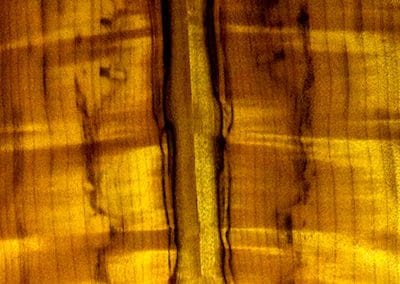 This is not a common wood, but it produces a powerful and clear sound that is great for recording. 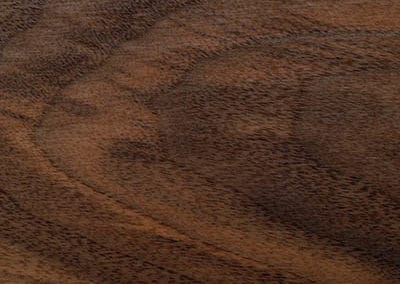 This is becoming an increasingly common choice for its unique warmth and depth of tone.

Englemann is more elastic than Sitka spruce, and tends to be a little louder and open sounding.

Another electric guitar body wood that was made popular by Fender. It is a bit denser than alder, giving it a little more sustain and a cleaner mid-high voice. 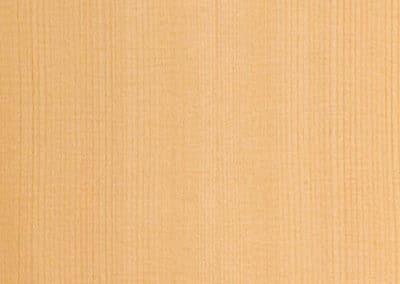 German Spruce has great resonance and produces lots of overtones. Good for fingerpicking. 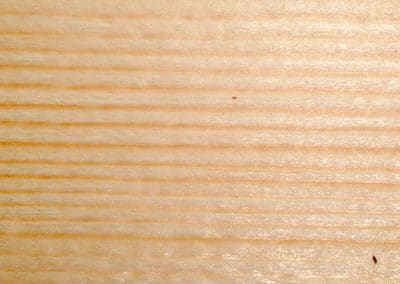 This has a great weight to strength ratio for strong strumming or flatpicking, but is more common as a top than a body wood.

Maple has a lot of attack and treble, but at the expense of low-end resonance. It is more common as a body wood in acoustics than electrics, and can be good for finger picking. 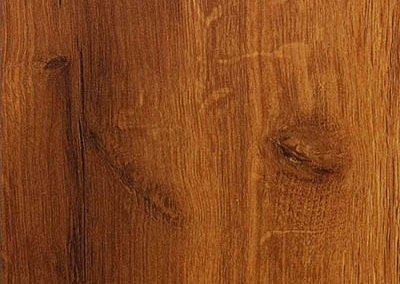 Koa has a bright response in the mids and highs when first played, but over time can open up and produce great full mid-range sounds. It’s also highly figured. 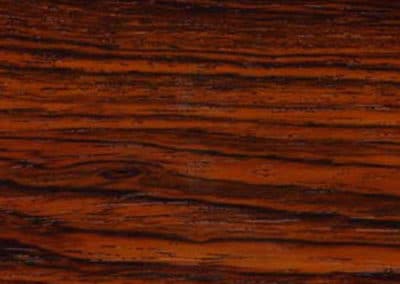 To many, this is the Holy Grail of acoustic guitar tone woods. Similar to East Indian Rosewood, Brazilian Rosewood has an exceptionally full range and produces a brilliant sound. It is, however, very rare and expensive.

A very resonant, balanced tone wood with a pleasantly deep bass response, this is an extremely common choice for acoustic guitars due to its sonic properties. 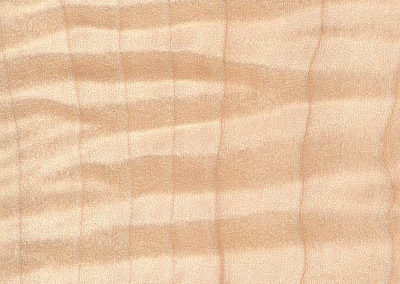 Good balance, clarity and string-to-string separation, as well as a striking figure. Curly maple, tiger maple or flametop maple are just different names for the same type of wood. The classification of A to AAAA is simply an indicator of how nice the flaming appearance is in the wood, it is also highly subjective by each supplier. 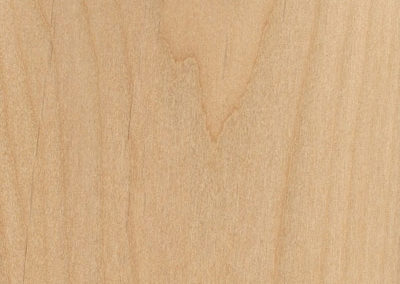 Alder is a lighter density wood that was made popular by Fender. The wood offers a full and clean sound, though some find that the highs can border on being harsh. It is almost exclusively used in electrics.

Clear sound with a balanced tone without excessive bass resonance. Mahogany is a common body wood for electric guitars as well as smaller acoustic guitars, especially those designed for finger picking. It responds to a lighter touch than many woods, but does not get as loud and can compress a bit if played hard. 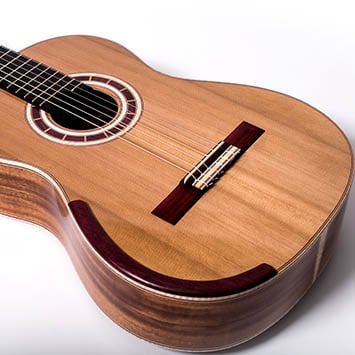 Cedar is a popular top wood for finger-pickers because of the excellent sustain, bright clarity, and depth of bass. Because of its lightness, it responds easily and beautifully to a light touch. The downside is that is can be overplayed and compress, which makes it unsuited for more aggressive flatpickers. 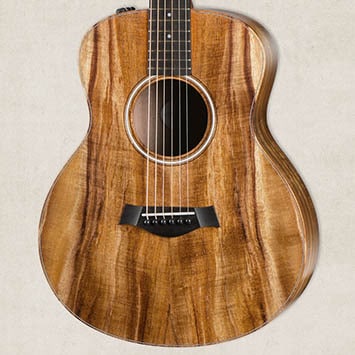 As with mahogany, koa is typically only used when the body is also made of koa. It maintains the tonal properties it has a tone wood and can look quite striking.

Spruce wood is the go-to for most acoustic guitars. Spruce has a great strength-to-weight ratio with and the right amount of elasticity. The majority of acoustic guitars you see at the store are made with a spruce top because of its projection and clarity.

Mahogany tends to be used only if the back and sides of the guitar are also made of mahogany. As a top, it maintains the same tonal properties it has as a tone wood. All-mahogany guitars tend to sound darker than those with a more typical spruce top.

What Does This Mean to Me?

Though all guitars have their own, unique character, this guide is meant to give you a rough idea of what to expect when you pick up a guitar made of mahogany versus one made of maple. If you find yourself wanting a different sound or can’t quite figure out why a certain guitar is sounding a certain way, take a look at the wood. It’s perfectly natural for different players to gravitate towards different woods that suite their own style, be it the snap of maple or the depth of rosewood. The most important thing is to play, experiment, and let your ears be your guide. We’ve put together a few examples to help illustrate these tonal differences and which genres they’re preferred.

– Although it comes in various wood makes the traditional is an Alder wood body, with a maple neck and a rosewood fretboard. These combinations were intentional for a very bright and crisp tone that became very popular with country musicians and many rock musicians who valued clarity between notes over having a rich full sound.

– Again, multiple version with various woods have been produced. But the original featured a mahogany body and a maple top, a mahogany neck with a rosewood fretboard. The goal was to create a guitar that was as rich and full in tone as the acoustics. The combination of mahogany for the body provided a strong resonance with strong low note resonance, but the maple top allowed for a good attack for clarity and sharpness for the high notes with really balanced out the Les Paul. This made it very popular for classic rock guitarists who needed a full sound for rhythm but clarity when they went into a solo. It also became very popular with blues musicians because of the warmth in tone was a great sound for the style of music.

– Features a solid spruce top and maple back/sides, a maple neck and ebony fretboard it is considered one of the best hollow bodies out there. Played by guitarists like Neil Young and Brian Setzer, the White Falcon has an incredible playing range. The spruce and maple wood means it has a very clean and sharp tone but the hollow body allows for resonance and warmth. 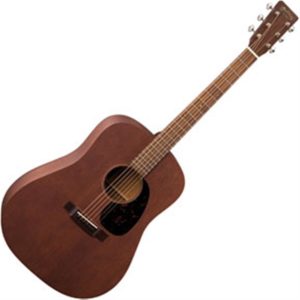 – A great example of a solid mahogany guitar is the D15M by Martin. Using a mahogany body and sides, with a mahogany neck and east indian rosewood for the fretboard. Most guitars use multiples to bring out the best qualities of each type, but the D15M is a great example of how sticking to one type of wood can really bring out the best qualities of a single wood. The tone is incredibly balanced and full while still allowing the guitarist to have clarity in the high notes. It has become very popular with indie style and country music.

– The CPX is a Jumbo bodied 12-string guitar with a solid spruce top, with mahogany back, neck and sides, plus a rosewood fretboard. The mahogany tonewood helps bring out the resonance and complex depth of a 12 string, while the spruce top helps keep a clarity that the tones don’t get muddled and lost with the volume of a jumbo body.